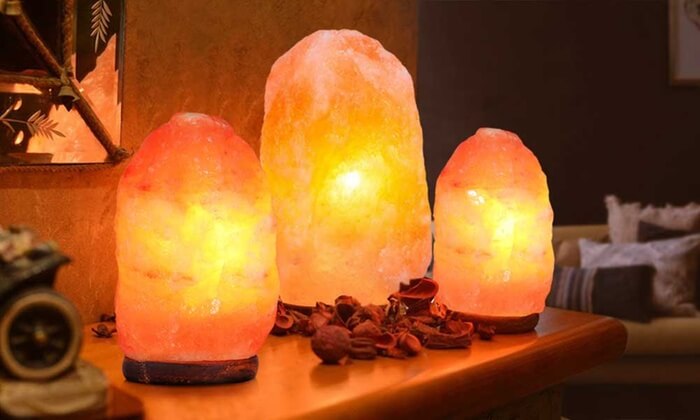 Himalayan salt lamp are decorative pieces you can by for your home. The lamps are carved out of pink Himalayan salt and are believed to have various health benefits. In fact, some claim they can clean the air in your home, soothe allergies, boost your mood and help you sleep, this would all be due to the negative ions that lie in the salt.

Himalayan salt is a “natural ionizer” meaning, they change the electrical charge of the circulating air.

You will find the highest concentrations of negative ions in natural, clean air. Ions are invisible charged particles in the air – either molecules or atoms, which bear an electric charge due to an uneven number of protons or electrons. Negative ions are abundant in nature, especially around waterfalls, on the ocean surf, at the beach and after a storm. Although there is research to back-up the benefits of negative ions, there is no research to back up if the Himalayan salt lamps can efficiently emit negative ions. Salt does contain a large quantity of negative ions but whether not the those ions enter the air when lamp is in use, we just do not know.