What Is Chinese Cupping?

Cupping is an ancient technique used in many cultures, in which a special cup is applied to the skin and held in place by suction. The suction draws superficial tissue into the cup, which may either be left in place or moved along the body. Cupping brings fresh blood to the area and helps improve circulation. Traditional cupping, sometimes referred to as “fire cupping,” uses heat to create a vacuum-like suction inside of glass cups. In modern times, cups that use a small pump to create suction have also been introduced.

Generally, cupping is combined with acupuncture in one treatment, but it can also be used alone. The suction and negative pressure provided by cupping can loosen muscles, encourage blood flow, and sedate the nervous system(which makes it an excellent treatment for high blood pressure). Cupping is used to relieve back pain and neck pains, stiff muscles, anxiety, fatigue, migraines, rheumatism, and even cellulite. 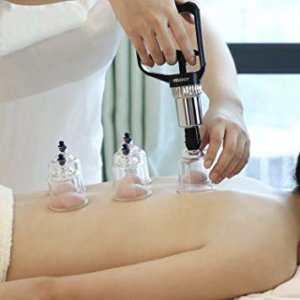 Moxibustion is an important therapy in Traditional Chinese Medicine, along with acupuncture, herbal medicine, and dietary therapy. Also called ‘moxa’ for short, the therapy involves the burning of dried mugwort (artemesiae Vulgaris, or ai ye in Chinese). Mugwort, in both Eastern and Western medicine, is believed to have the properties that help increase blood circulation and promote the ability for the body to heal itself. Moxa can be applied to inserted needles to provide a warming effect to help with muscle and soft tissue injuries and to improve healing to joints. Moxa can also be applied directly to the skin in the shape of small cones or rice grains.